Just minutes after taking off from New York’s JFK Airport, TWA Flight 800 is ripped apart by a massive explosion. With a possible terror attack on their hands, the FBI joins investigators from the NTSB in an urgent search for answers. Both agencies are hoping for quick results, but the investigation into TWA Flight 800 will eventually pit them against one another, and will turn into one of the longest, most costly and challenging ever conducted. 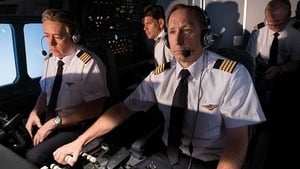