Murder in the Skies (Germanwings Flight 9525)

On 24 March 2015, Germanwings Flight 9525 enters a high-speed descent and crashes into the French Alps during a flight from Barcelona, Spain, to Düsseldorf, Germany. All 150 people on board are killed. The investigation concluded that the crash was caused by an act of murder-suicide by the co-pilot. 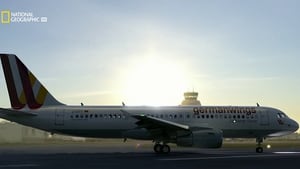