On 4 October 1992, after taking off from Amsterdam Airport Schiphol, El Al Flight 1862 declares an emergency. The crew do their best to make an emergency landing, but the 747 cargo jet rolls violently to the right and crashes into an apartment complex, killing 43 people. The two engines on the right wing had separated from the aircraft, causing the loss of control. 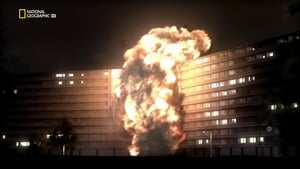