On 3 September 1989, the pilots of Varig Flight 254 enter an incorrect heading into the flight computer. Instead of flying towards its destination, the aircraft flies west and after some time is over a remote area of the Amazon jungle. Attempts to reach an alternative airport are unsuccessful, and the aircraft eventually runs out of fuel. The pilot makes a belly landing in the jungle where 13 people die. 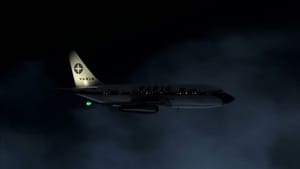