On 16 July 1999, John F. Kennedy Jr. dies when the Piper Saratoga light aircraft he is piloting crashes into the Atlantic Ocean off the coast of Martha’s Vineyard, Massachusetts, in hazy conditions. His wife, Carolyn Bessette-Kennedy, and sister-in-law, Lauren Bessette, are on board and are also killed. The NTSB concluded that the crash was caused by spatial disorientation resulting in pilot error. 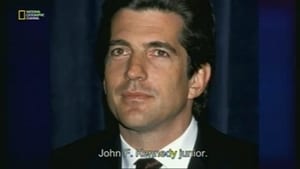