On 12 December 1985, Arrow Air Flight 1285, carrying troops of the US Army’s 101st Airborne Division, stalls and crashes just seconds after taking off from Gander International Airport in Canada, killing all 256 people on board. The cause of the crash remains disputed. 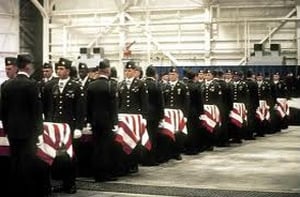